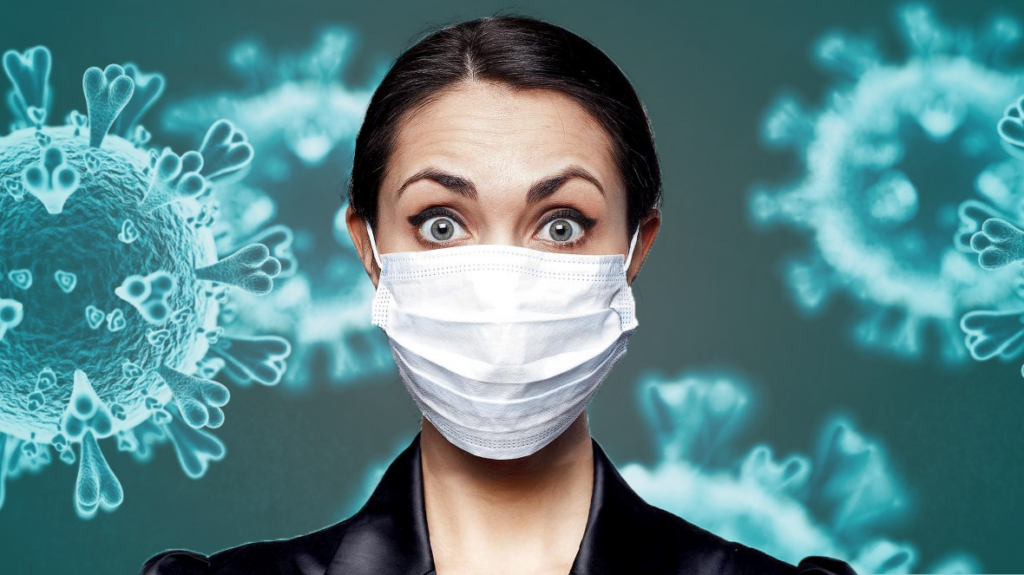 In the new infectious reality we find ourselves in at present with the mass pandemic that is the Covid-19 outbreak,  many existing known medical treatments for unrelated conditions have been thrust into the lime light in the hopes that we may already have an existing unknown treatment against this sucker.

One such plant that has been garnering increased interest especially since the out-break began is Cannabis Sativa.  However of the few studies conducted and available from reliable sources it seems that Cannabinoids could be a valuable ally in the fight against many conditions not just viruses. What is important however is to understand how these cannabinoids work within the body and the effect they have on the effectiveness of the immune system’s ability to respond to an antigen. Indeed Cannabinoids can have a critical impact on the body’s ability to fight off infection, but not in a direct manner, rather in an indirect manner by means of providing support, regulation and optimisation for the immune system. The limited studies conducted on the ability of cannabinoids to combat several common viruses showed mixed results. As usual though there are those who would jump ahead and are already claiming that Cannabinoids can cure a Corona Virus. There is no valid scientific data to support this claim at present; however the concept of using Cannabinoids as a tool to assist in the fight against a virus is not totally without merit as Cannabinoids help promote immunocompetence.

Lets take a closer look at how Cannabinoids may assist the body in fighting against viral infection.

One System to regulate them all.

The Endo-cannabinoid system or ECS, that’s right folks simple regulation of the immune system by means of the ECS can have a major impact on the body’s ability to fight infection,  not just from viruses but bacteria and other forms of contagious pathogens as well. Cannabinoids help to regulate the Immune System by targeting cannabinoid signalling of the ECS and in this way deeply influence immune functions and thereby regulate autoimmunity, inflammation, antitumor and antipathogen immune responses. The ECS orchestrates both the adaptive innate immune responses.

Whilst the existence of CB1 and CB2 receptors has been widely acknowledged, there has been recent suggestion of a possible third receptor. Also in this system there are 2 orphan Gtype protein-coupled receptors (GPCRs) GPR18 and GPR55 these in turn overlap the CB1 and CB2 receptors. Guanine nucleotide-binding proteins a family of proteins which act as molecular switches inside the cells, these G-proteins are intricately involved in the transmitting of the various signals from the various stimuli outside a cell to its interior. Both CB1 and CB2 receptors inhibit adenylyl cyclase via Gi and stimulate MAPK activity, the inhibition of adenylate cyclase reduces the second messenger cAMP leading to the dilation of rectifying potassium channels. CB1 is also responsible for the mediation of N-type and P/Q-type calcium signalling currents. CB1 receptors are distributed across a large portion of our tissues they are found in the cerebral cortex, olfactory bulb, cerebellum, and spinal cord as well as many peripheral tissues such as the adrenal glands, heart, bone marrow, thymus, tonsils, lungs, uterus, prostate, ovaries, and testes. CB1 receptors are expressed from the highest to the lowest levels in immune tissues such as NK cells, polymorphonuclear neutrophils, in B lymphocytes, CD8 T cells, and CD4 T cells, but particularly in the CNS making up about 1-10% of the CB2 content in immune tissues. CB2 receptors conversely are expressed in central nervous system but much more commonly in the immune tissues namely the spleen and thymus and in blood cell subpopulations such as CD4 and CD8 lymphocytes , B lymphocytes , monocytes, NK cells, and neutrophils.

The anti-inflammatory activity of cannabinoids may in certain cases compromise host inflammatory responses to acute viral infections, but could be beneficial in persistent infections. Inflammation is essential for the recruitment of the innate and adaptive immune cells as it draws them toward the site of infection to help control virus production and limit spread and then to initiate recovery. The little data that exists that is available on the impact of the various cannabinoids on various common viral strains (mouse hepatitis C (a betacorona virus), human and simian immunodeficiency virus (HIV or SIV), herpes simplex virus (HSV), and influenza viruses.) suggests that whilst on the whole the anti-inflammatory activity of cannabinoids could compromise host inflammatory responses to acute viral infections and in cases where innate antiviral  and pro-resolution responses incorporate the activation of NOS-1, inhibition of Ca2+ activity caused by cannabinoids, increased viral replication. There is however cause for further investigation as certain cannabinoids were in fact found able to inhibit the replication of a betacorona virus (MHV) in vitro.  See the following sources for reference: https://www.ncbi.nlm.nih.gov/pmc/articles/PMC2903762/

See table of the results of studies conducted on the effects of cannabinoids on various viruses.

What is a virus?

Researching the origin of a virus I was interested to learn that initially viruses were thought to be a poison as the Latin word virus translates into “poison”, considering the recent introduction and rollout of a massive carcinogenic pollutant, which I will discuss further on in this article. The timing of both this pandemic and the implementation of this invasive technology should not be ignored.

The classification of a virus has changed dramatically over the last 100 years, with the scientific community recently settling on defining a virus as a microscopic non-living organism, comprised of either RNA or DNA which cannot replicate on its own as they require the machinery and metabolism of the host for replication to occur.

Prior to entering a cell a virus exists as an independent particle of genetic material, RNA or DNA enclosed in a protective capsid or protein coat that protects and surrounds the viron, often with an outside envelope of lipids which helps it stick to surfaces. Outside the cell a virus is known as a viron and can be extremely small and can even infect bacteria.

The science of soap.

Indeed one of the most effective means of protection against this virus is the washing of hands with soap which contains a degreasing agent. Sanitizer is not effective unless it contains a degreasing agent and this is due to the fact that the virus has a protective capsid which is enveloped by lipids. The degreasing action of the soap combined with the action and duration of washing adequately disrupts the lipids and helps the water to lift and remove the viral particles.

Considering the aspects of defense and immunity against this current pandemic, I was persuaded to investigate outside factors which may be responsible for enabling this virus to out play the immune system and allow it to progress to the stage where it can overcome an otherwise healthy individual.

Viruses can be traced through antiquity it seems with even the ancient Egyptians recording cases of what seems to be described as a type of measles. However, with the introduction and acceleration of electromagnetic fields and associated frequencies which have steadily increased since the invention of the electric battery in the early 1800, radio in the 1900’s and now *****G, there is a hidden threat to cell function. A growing number of scientists are petitioning to stop the rollout of this weaponized technology as it has been shown to produce DNA mutations and cause cellular destruction as a result of the magnified radio frequency it produces. These destructive frequencies have a direct impact on cell permeability, causing the cells to proliferate, this is important to consider when dealing with a virus as all viruses require the entering of a cell for replication to occur. It is most interesting to consider where the corona virus has had the biggest impact. Wuhan, Italy and Iran all cities that were vying to be leaders in the *****G race, most notably though Wuhan being the pilot city for the roll out of this technology.

It is wise to invest in the strengthening of your immune system after all it is the immune system that is responsible for an individual recovering from a virus, not a vaccine or panacea, no! vaccines or antibodies produced from patients who have recovered from a virus will only serve to point your own immune system in the right direction to tackle the virus itself. Whilst scientific data suggests that it may be better to abstain from the use of cannabinoids when a viral infection is detected so as to ensure adequate inflammatory response by the body to fight the infection, considering that CBD can inhibit inflammation necessary for recovery.  However the consistent regulation of the ECS with cannabinoids promotes immunocompetence, inhibits cellular proliferation by mediating the effect of cytokines on increased permeability and increases apoptosis.  See the following sources for more regarding the effects of cannabinoids on cellular permeability [1].[2]. This is becoming increasingly more important in lei of the information regarding the impact of radio frequencies on cellular permeability and the need for a virus to penetrate the cell to survive. Wash your hands thoroughly it could be one of the most effective means of protection against this viral threat.

As always, but even more pertinently so these days, stay healthy and keep your immune system in tip top shape.